Annual road fatalities down but still too high

While road fatalities in 2019 declined by three percent on those of 2018, the total number of deaths on South African roads is still far too high, and will remain a problem until government urgently intervenes. This is according to the Automobile Association (AA) in its annual review of the road fatality statistics released by the Road Traffic Management Corporation (RTMC) in late May.

“The official figures show 12 503 people died on South African roads in 2019 compared to 12 921 in 2018. An improvement, to be sure, but still way too high, particularly given that vehicle safety technology and other mitigating instruments are available which can reduce this figure dramatically. We have now reached a point where we can no longer plan for safer roads, action is needed, and needed urgently,” says the AA.

The Association says among the interventions government can implement now are:

“Of particular concern is the fact that 40 percent of all fatalities are pedestrians, more or less the same percentage as in the previous ten years. This indicates that not enough is being done to provide adequate resources to those walking on roads, and that not enough is being done in terms of road safety education of both drivers and pedestrians. We would like to see pedestrian safety education embraced with as much as vigour as COVID-19 education currently, specifically at those points where pedestrians congregate,” notes the Association.

It says given the current state of affairs, South Africa has little chance of meeting the United Nations Sustainable Development Goal (UNSDG) of halving road deaths and injuries by 2030.

“The trajectory of road fatalities in South Africa may be declining but they are declining at such a slow rate that it will be impossible to meet these targets in ten years’ time. If, for instance, road fatalities decrease by three percent year-on-year for the next decade, only a 28 percent reduction will be achieved, which is simply not good enough,” says the AA.

Based on the current fatality figures, 132 485 people have died on South African roads since 2010.

“This is a national tragedy, a catastrophe of untold magnitude. Importantly, though, one must not only look at these numbers for the full story. They do not tell you of the countless families which have been destroyed and the financial devastation these deaths have caused. The RTMC puts the cost of crashes at around R165 billion annually; we would venture that this figure is way higher,” says the AA.

The AA also notes that the Minister of Transport, Mr Fikile Mbalula, in January stated that there had been a ten percent reduction in road fatalities over the 2019/2020 December festive period.

“These official statistics do not support the enthusiasm at the time of perceived lower death rates on our roads. Instead they should serve as a stark warning that unless serious measures are taken to deal with fatal road crashes and deaths, our fatality numbers will continue to remain high despite the fact that proven local and international tools are available to curb them,” says the AA.

The Association also warns that fatality figures for 2020 will be significantly lower given the decreased traffic volumes during the national lockdown as a result of COVID-19.

“Travel has been severely impacted by the lockdown, and even though the country has moved to Level 3; for some time it’s unlikely the volumes will be close to what they usually are. We should keep this in mind when the 2020 annual figures are released. We should not be deceived by the inevitable decreases; they will tell one story, but not give the entire picture,” the AA concludes.

Compiled by the Automobile Association of South Africa (AA)

Note 3: Figures for cyclists & unknown categories unavailable prior to 2015

Note 4: Figures for 2018 based on % calculations provided by RTMC which show 130 variance in numbers

Note 5: Figures for 2019 based on % calculations provided by RTMC which show 37 variance in numbers 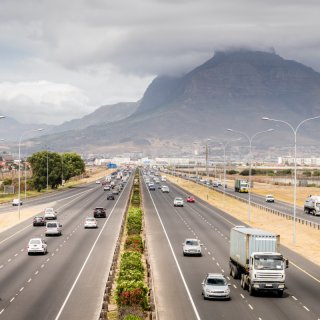 Don’t get caught out on 1 June: prepare now for next week

Association urges motorists to stay safe on the road.