Some improvements on entry-level safety – but more must be done

The 2019 Automobile Association (AA) Entry-Level Vehicle Safety Report that assesses safety features on entry-level vehicles shows there have been improvements to the safety of entry-level vehicles, but that more can and must be done in this market. This is the third instalment of this report.

The 2019 report considered the safety features of 27 vehicles available in South Africa currently priced under R180 000. This is 12.5% increase from the threshold in the previous report to account for an increase in inflation.

The ELVS Report must be seen against the backdrop of South Africa’s official road fatality statistics. According to figures from the Road Traffic Management Corporation (RTMC) 12 921 people died on South African roads in 2018. Although this represents an eight percent decrease on the 2017 figure of 14050, the number remains high, and must be seen in the context of an average road death rate of over 13 000 fatalities per annum in South Africa.

While efforts to reduce this number are ongoing, it must also be seen in light of the growing vehicle population in South Africa which, according to the RTMC, stands at more than 11.2 million vehicles in 2018, of which more than 7.3 million are classed as motor vehicles.

“We highlight again that these two figures – the high fatality rate, and the high vehicle population – demonstrate the need for safer driving. Apart from road safety initiatives, we believe people buying motor vehicles must consider the safety rating and safety features of the vehicles they are considering,” notes the AA.

The purpose of the ELVS research is to highlight the importance of safety features in new cars, understand how these features can save lives, and encourage new car buyers to consider safety in their decisions, and not only price.

“Price is, unfortunately, a driving factor in people’s decisions to buy vehicles. What we would like to see more of is people considering other elements of the vehicles they intend buying such as safety features, which can mean the difference between life and death,” the AA says.

The Association notes this is especially important as many of the people who are buying or driving entry-level vehicles are often those with the least driving experience and, as such, this makes safety features even more critical.

The 27 vehicles surveyed for this instalment of the Entry-Level Vehicle Safety Report were evaluated against the number of active safety features they have (anti-lock braking systems, electronic stability control), and passive safety features (airbags).

Vehicles which have been crash tested as part of the Global NCAP (New Car Assessment Programme) initiative #SaferCarsforAfrica, are awarded points according to the safety rating they achieved. Of the 27 vehicles assessed for the 2019 ELVS Report, five have local safety ratings, and were awarded points accordingly. For more information on this programme, and the vehicles tested and rated since 2017 visit https://www.aa.co.za/about-us/safer-cars-for-africa.

The ELVS Report is the result of desktop research, and specifically assesses safety features only. It does not consider the structural integrity of the driver/passenger compartment.

The 27 vehicles are then categorised into three groups based on their safety ratings according to the AA survey. These cars are noted for having either:

Of the 27 vehicles assessed, seven vehicles are categorised in the “Acceptable Safety” range – a marked improvement on the previous report which only had two vehicles in this category. Sixteen of the vehicles are ranked in the “Moderate Safety” class, while four vehicles are classed as having “Poor Safety”.

“These results indicate a definite move to more safety features in vehicles, but also point to a dire need for these features to be standard instead of optional, particularly on entry-level vehicles. There is no doubt that safety features such as ESC and ABS save lives, and the motoring public should be given these tools as matter of course in the vehicles they purchase, not as ‘nice-to-haves’,” notes the Association.

The AA says these technologies should be standard on all new vehicles as their benefits for crash prevention and reduction of road injuries and fatalities are well-documented, as demonstrated recently at the #StopTheCrash event at Kyalami.

In addition to scoring the vehicles purely on safety features, the ELVS Report also considers safety weighed against affordability. In this scenario, the score achieved by a vehicle for its safety features is measured against its cost to arrive at a Safety/Affordability Score.

Considering this scale, four vehicles in the 2019 survey achieve an “Acceptable” Safety/Affordability Score, while 15 fall into the “Moderate” category. The AA says these results are encouraging, despite the fact that eight vehicles still remain in the “Poor” category on this index.

“Safety features on vehicles are critical elements which can provide much-needed protection in the event of a crash. What we’d like to see is that all car manufacturers include more safety features in their vehicles, and to display at the point of sale international safety ratings such as those from NCAP from the region of manufacture or importation. In this way, we believe, customers will be better placed to know what they are getting in terms of safety,” the AA concludes.

The AA ELVS Report is being published after the #StopTheCrash campaign, and #SaferCarsForAfrica Global NCAP results release in May. During those events, it was noted that of the 12 vehicles tested by Global NCAP, only one had ESC, which is a minor and inexpensive upgrade to ABS in vehicles.

For more information on Global NCAP and Stop the Crash, please visit:

This link contains collateral which is free to use. 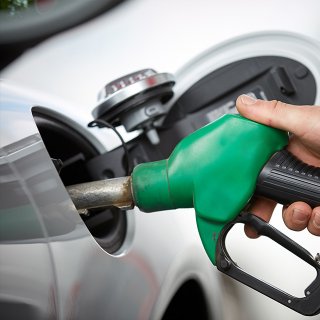